We begin with Paul Watson, Founder President and Executive Director of Sea Shepherd Conservation Society. The Japanese government has adopted aggressive means to thwart the Society’s pacific fleet from interfering with their whaling activities. Watson says he will have to find a new approach, and is hopeful that other governments will act to end Japan’s illegal whaling. Nonetheless, he’s justifiably proud of the Society’s work there since 2005. Watson then updates us on a variety of other animal protecting campaigns worldwide.

Lori continues with a discussion on the origins of the field of Animal Law, sharing the recent International Society for Animal Rights (ISAR) special report describing how it all began and what it has become. We’ve come a long way! Congrats to Professor Holzer and our most sincere thanks.

Jeff Flocken from International Fund for Animal Welfare (IFAW) then returns with unsettling news that the Endangered Species Act is under legislative attack and is in danger of being seriously weakened. IFAW has launched a multimedia campaign called One Act for All, featuring dozens of celebrities to bring attention to this crisis and to encourage animal lovers to contact their legislators. Flocken is Regional Director, North America, for IFAW.

Lori and Peter then comment about interesting survey results about how – and how much – we love our dogs. Plus, it’s International Sloth Day. 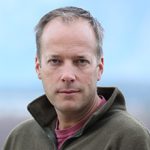