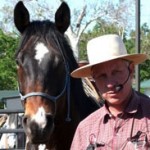 On today’s show, we feature the documentary film, Buck. Both its star, Buck Brannaman and the creator and 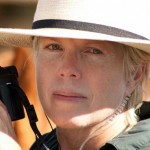 director, Cindy Meehl, provide their perspectives on the making of  and the reaction to this Sundance award winning film. Plus we talk about horses and people. Here is the film’s site. This duo rarely does interview together so we were pleased they made it happen.

Then, we are joined by Martin Tyner, founder and CEO of  Southwest Wildlife Foundation. From their site: